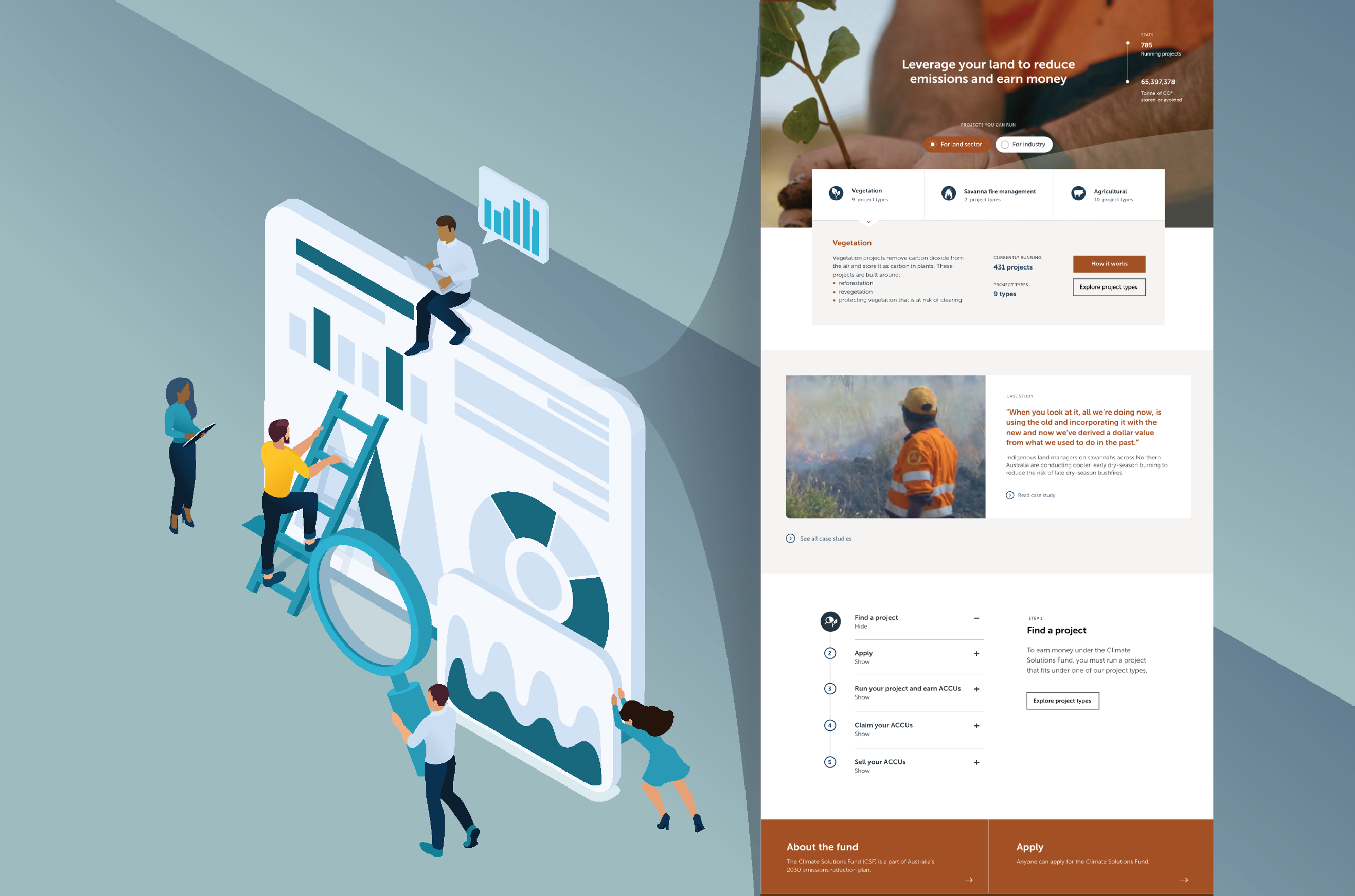 The Climate Solutions Fund was designed to build on the success of the Emissions Reduction Fund. The fund provides incentives for organisations and individuals to use practices and technologies that will reduce their emission. Pragma had previously conducted extensive discovery and alpha activities on this scheme as well as the wider Clean Energy Regulator (CER).

With the establishment of the Climate Solutions Fund, the CER engaged Pragma to stand up the design of a potential new website. This project had a very short timeline and needed a quick turnaround from engagement to deliverable.

Using the previously conducted thorough user research into similar CER schemes such as the Emissions Reduction Fund, Pragma was able to quickly identify user needs and pain points that this design could solve. Knowing the prototype needed to also be quickly socialised with executives, Pragma created a prototype that met the needs of the users as well as the agency. As the scheme and information was incredibly complex, our content and UX designers worked closely to produce the information in an accessible and engaging format, breaking large amounts of content into small digestible pieces. Our designers also used visual yet accessible imagery to make the scheme clearer and step out the process for individuals getting involved.

Producing an evidence-based design has meet both the users and the internal CER staff needs. It has allowed users to easily understand the scheme and enabled staff to communicate in an effective way. As it was founded in research, the prototype was easily socialised and actioned with executives and around the agency.

While you're here, explore what we did for Australian Competition and Consumer Commission. Read about the Australian Competition and Consumer Commission program

This is how we made a new Content Strategy work for Clean Energy Regulator. Let us create one for you.